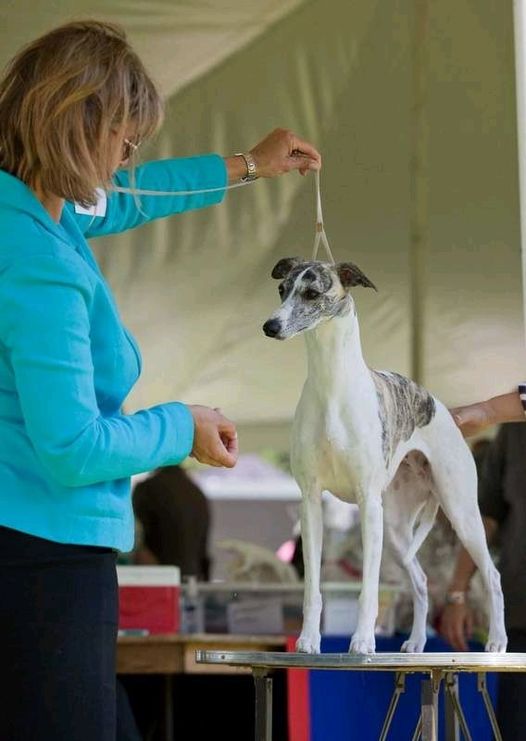 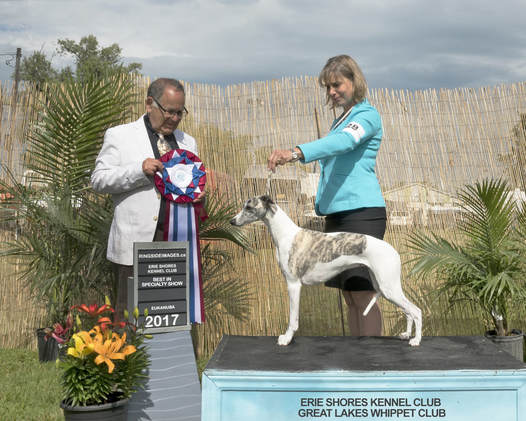 At the AWC Eastern specialty week in York Pa., Darcy wins a major at the AWC supported entry under Susan Carr. She was beautifully handled by Calley Anne Potts 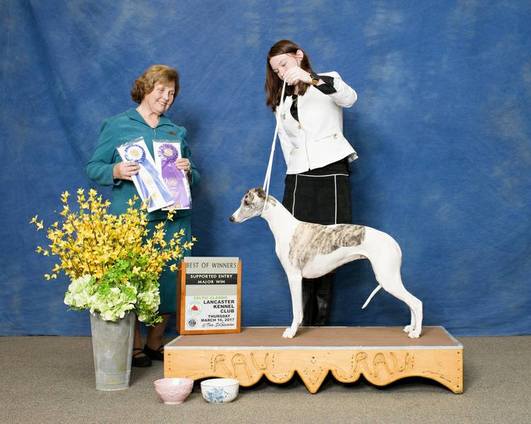 Breeder/Owner handled to very competitive wins, Darcy was ranked in the top ten in 2014 and 2015 easily considering that she was very lightly shown due to our personal schedule. We are proud in to say that in 2015 started at the end of August at our National and then shown only a few weekends she was ranked #4 in breed points with significant best of breed wins in excellent competition.

Breeder handled , Darcy ended the year in the official 2015 Canadian Kennel Club Top Dog rankings (top 5 in each breed in Canada) and was awarded a CKC Top Dog award.
​
​Never one to disappoint, we are happy with her achievements to date with our limited show schedule. In future, we anticipate more achievements for our lovely girl both in the show ring and most importantly in the whelping box. She will be shown only at specialties in Canada in 2016 while we focus on her US titles. 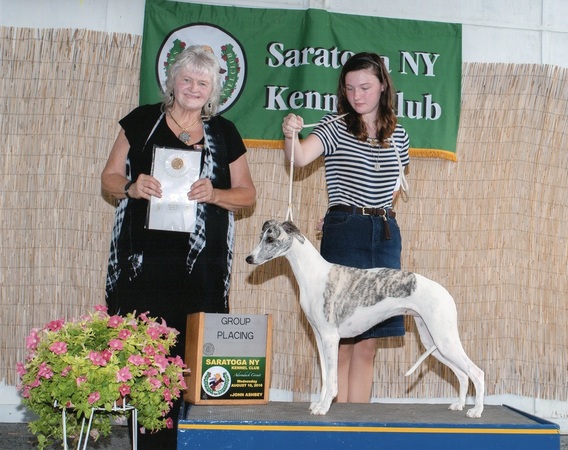 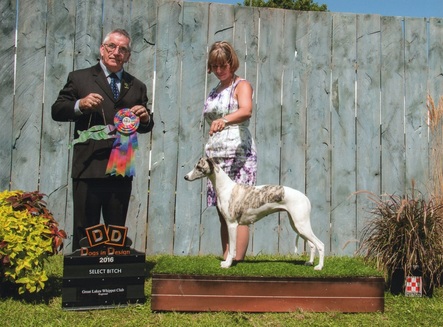 Darcy was awarded Select Bitch at the Great Lakes Whippet Club specialty show under Judge Wayne Douglas (Australia)
Shown in the very competitive Bred by Exhibitor class, Darcy placed all 4 days at the American Whippet Club MidWest Specialty show weekend in Madison Ohio.We are pictured here after winning RWB at the supported entry on Sunday July 17th 2016.
So proud of our lovely girl, always in the ribbons. 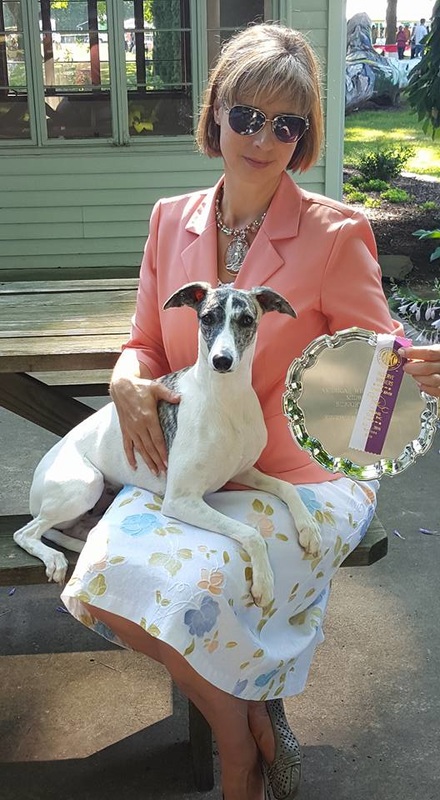 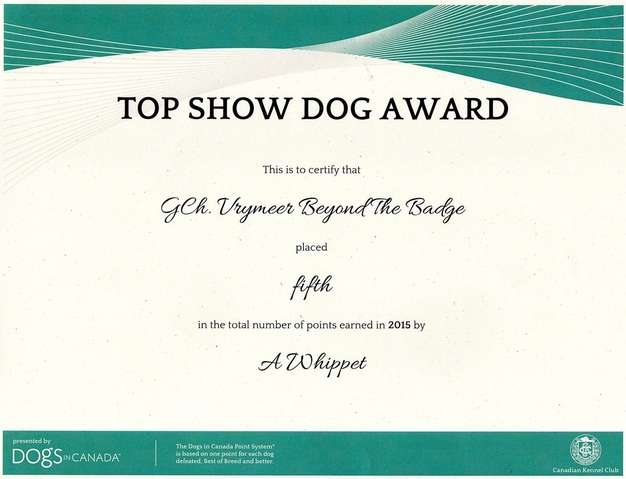 The Canadian Kennel Club awards the top five dogs in each breed in Canada a Top Show Dog Award each year.
Darcy was ranked #5 of 121 whippets competing in 2015 entirely Breeder Owner Handled 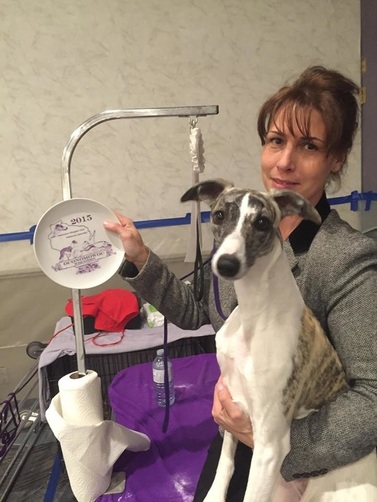 What a thrill, a placement in the American Whippet Club National Specialty Bred by Exhibitor class of 31 bitches under Judge Tracy Hite (Tivio) 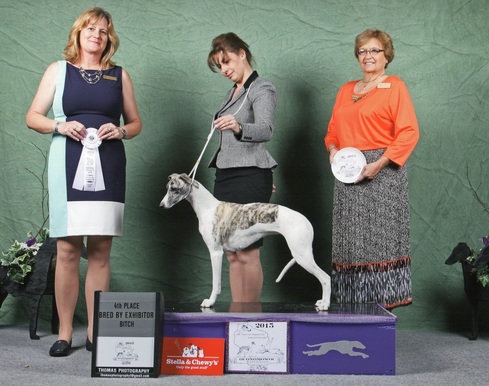 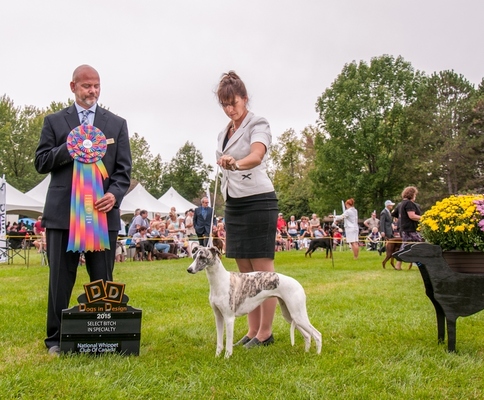 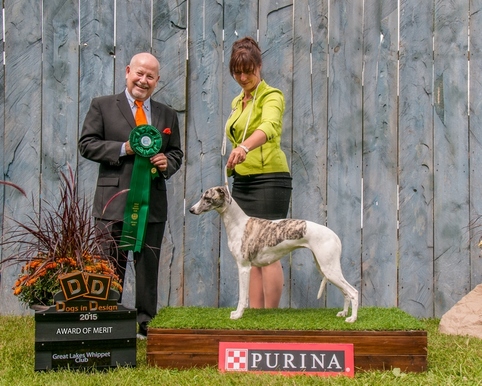 Darcy wins an Award of Merit at the Great Lakes Whippet Club Specialty show under Francisco Chapa (MEX) the day before the Canadian National specialty show. 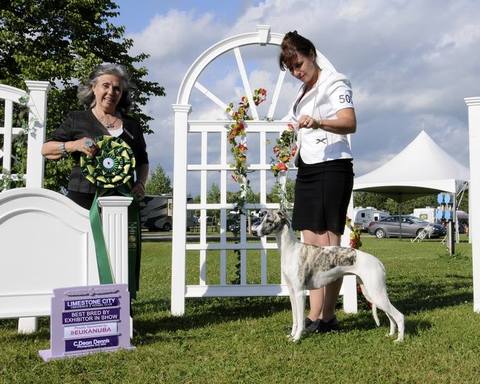 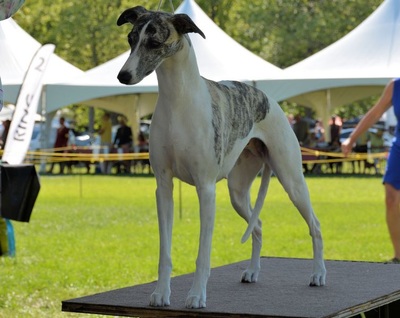 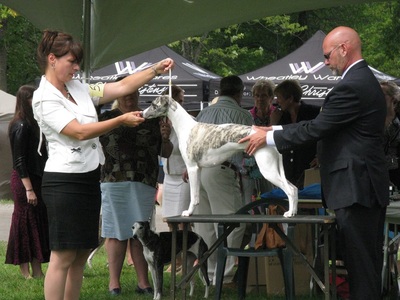 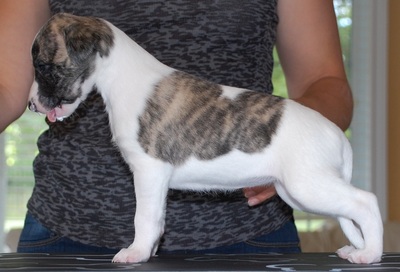 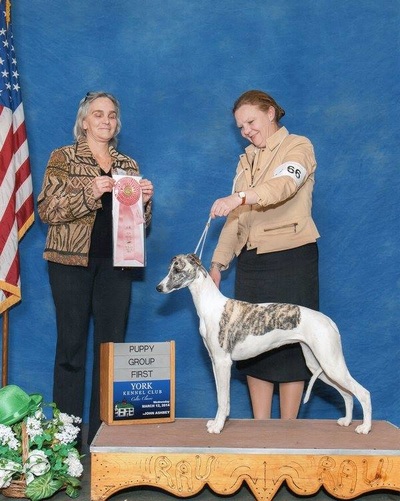 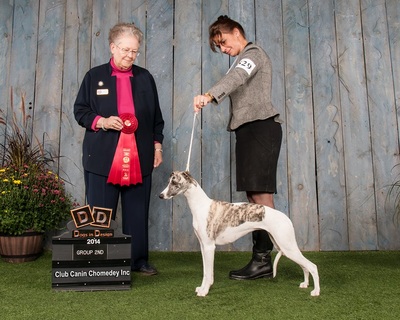 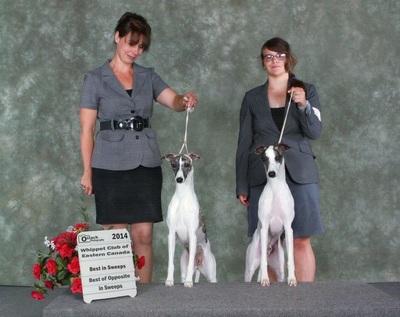 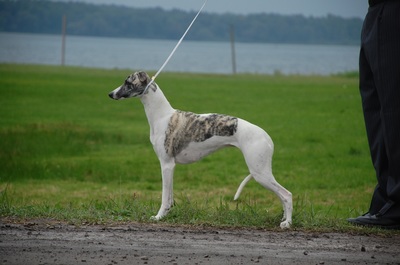 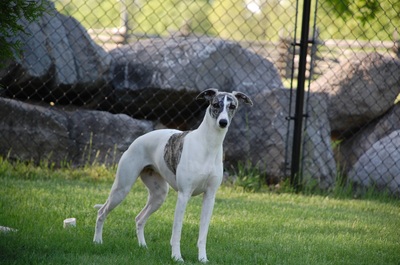 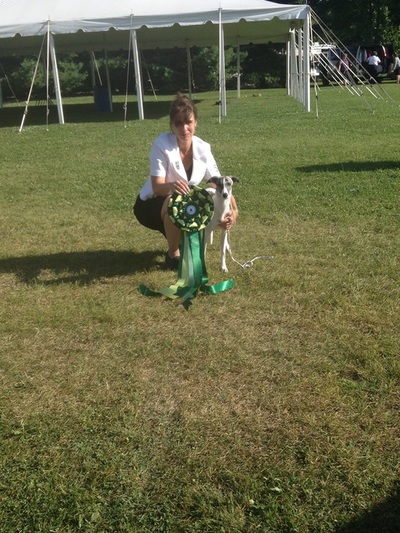 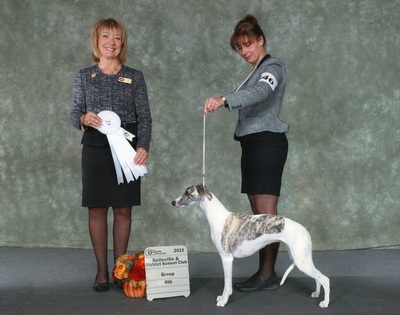 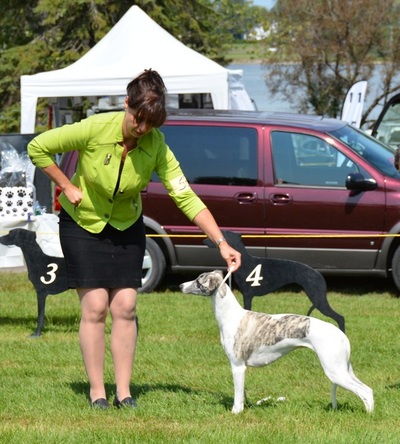 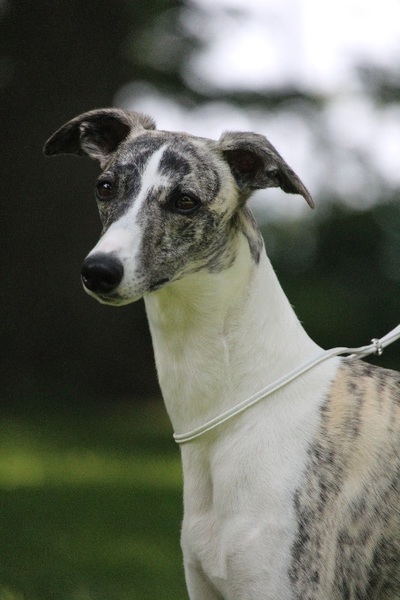 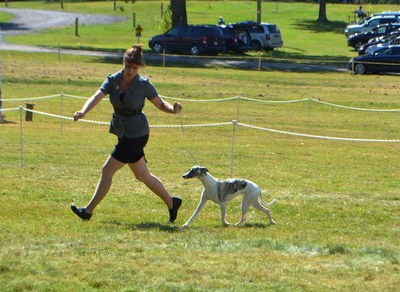 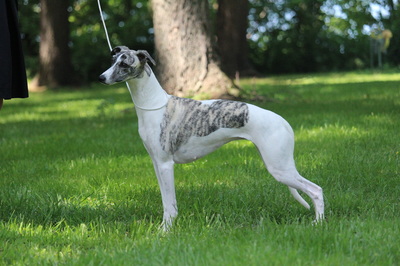 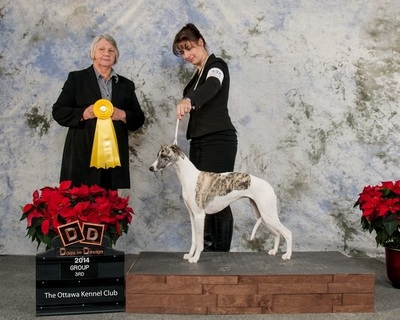 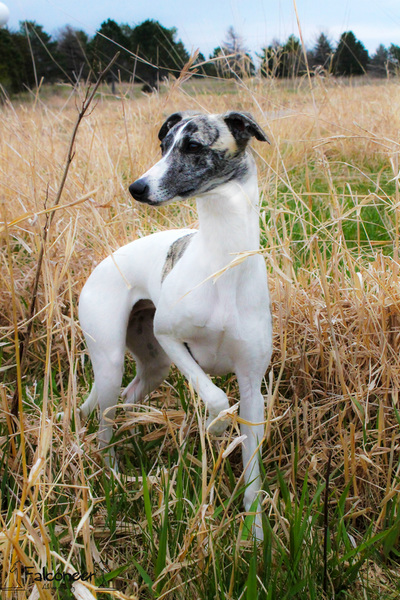